A Silver Lining on “YourCompanySucks.com” Sites

“There should be someone at every company whose job is to put into Google and blog search engines the name of the company or the brand, followed by the word ‘sucks,’ just to see what customers are saying.”
– Jeff Jarvis, author of the blog BuzzMachine, and president and creative director of newspaper publisher Advance Publications’ Internet Division, as quoted in Fortune, January 10, 2005

We’ve all seen them – “[name of company] sucks” websites. Any organization can be hobbled with one. And it doesn’t take much to be placed on the hit list. You’d think the chief criterion would be your company’s widely acknowledged reputation as an irredeemable slime pit. No. All your company has to be is successful (i.e., have plenty of clients, a portion of whom are bound to be disgruntled). Not surprisingly, insurance companies are top targets.

As a marketer for XYZ Co., what do you do when you uncover an “XYZ sucks” site?

The first reaction is likely to be “Shut it down.” However, unless content is clearly libelous or defamatory, that may not be an option. In fact, seeking redress carries a number of negatives. Companies need to consider the legal costs but also the fallout – if the folks who run the “sucks” site catch the ear of reporters, the site gets free advertising in articles and your company gets depicted as Goliath stomping on David, validating claims about how bad you are.

I know – it’s easy to say, “Claim the high ground. Assume a dignified stance. Don’t get in the mud with them.” And I agree – it’s not always advisable to lie down and take it; some situations merit a shock-and-awe response. We know of sites that, by any estimation, cross the line. One that springs to mind contains profiles (okay, dishes the dirt) on senior management.

When and how you react depends on your company’s pain threshold. Sites run the gamut from collecting/rehashing what’s available in the public domain to exposes rich in insider information, devoted to discrediting executives. (Warning: even when you think you have an open-and-shut case, the language on a “sucks” site may be sufficiently qualified or phrased in such a way that you can’t conclusively refute their interpretation.)

Of course, all it may take to get the “sucks” site to cease and desist is a letter from your attorney. But keep in mind – if these folks went to the trouble of launching and maintaining a website, they’re nursing quite a grudge. Be ready for a protracted battle, which means the “sucks” site remains live… and can turn more vitriolic. Again, legal action may play into your accuser’s hands, with the site operator(s) incited to escalate, welcoming an assault as a means to enhance their stature/further their cause.

In some cases, you may be able to buy the “sucks” site name. One company we know did just that. Astoundingly, they kept the site live… using it to direct visitors to the company’s official site. For many companies, silencing the offender in this way is an illusionary solution, like bowing to the demands of a blackmailer. The perpetrator can easily set up a site under a different name – or simply post to other sites – and continue to lambaste the company.

Late at night, the spectral “sucks” site hovers before your eyes. You thrash in bed, ruminations mercilessly circling in your head like the Muzak you hear when you’re put on hold. “That darn site is providing grist for the competition. Making us a laughingstock in the industry. Eroding our credibility with clients. Really miffing my boss.”

Take heart. There is a positive side. You’re not alone.

You can take comfort in the fact that, like companies across the board, yours is being dissected – if not ridiculed – in other forums (if you don’t believe me, go to vault.com or google your company name along with “negligent” and “remiss”). It comes with living in an open society.

Give your clients credit.

In the same way that, invariably, major companies get sued, worldly clients will assume someone will be speaking ill of you. (In the B2B realm, client companies know from experience that getting raked over the coals is just part of being big.) The client forms its impression of you based on many factors – a “sucks” site is only one tile in a grand mosaic. Unless a lawsuit, or an on-line lashing, directly impacts their business dealings with you, a sensible client will treat a “sucks” site with a grain of salt.

What do you think will sway your client? Caustic comments from an anonymous source? Or a diet of “we know you” ingenuity and exceptional service?

The bad sites are easily dismissed (by you as well as by current and prospective clients).

Many “sucks” sites have scant rhyme or reason, offering a mélange of “case studies,” examples, and accusations. Visitors grasp the tone after a single scroll – what’s initially intriguing reveals itself as the type of screed perfected by disaffected teens. (Besides confidentiality, there are plenty of reasons not to read your daughter’s diary – the entries tend to be uninformed, histrionic, and repetitive.) If the site features schoolyard gossip writ large, clients will simply “consider the source.”

In short: unless the site is truly clever or insightful – is doing more than merely funneling bile or common knowledge – even the most gullible visitor will quickly tire of it.

Note: For those wishing to build a “sucks” site, try focusing on a sound structure; an encyclopedic tack is about as effective as adding a dozen exclamation points after a sentence to make it more persuasive.

The good sites are educational.

There you are. Face-to-face with XYZcompanysucks.com. You can’t ignore it. You can’t change it. Time to intone the Serenity Prayer?

Yes, but also time to rejoice. Don’t shun the site. Embrace it. Savor it. After all, you’re front row center at the “XYZ Company Roast.” Some companies would give their eyeteeth for such a fly-on-the-wall perspective. An unbridled view inside your critics’ minds (almost as good as reading your competitors’ e-mails). A resource more valuable, and much less expensive, than any market survey you could conduct.

Take a leisurely tour. You may be pleasantly surprised. Good sites contain a wealth of information including exhaustive archives, summaries of court judgments (with links!), and more. If it proves to be a valid clearinghouse of info (and can be easily navigated), it could become a favored destination for checking details on your organization…though, of course, you’d want to verify “facts” through another, more objective source.

Add the site to your informational arsenal. Make “sucks” a regular stop as you trawl the Web, not to police it (though it’s nice to be assured that the site is toeing the line) but in reviewing your company’s presence on the Net.

As importantly, regard the site as a tool not for ravaging your company but for rectifying it (as I always say, “Your sharpest critic is your strongest ally”). As with survey findings, it’s incumbent upon you to pay attention to what the site says. Let’s face it – the site won’t be balanced, but those prickly contentions probably aren’t baseless (remember: where there’s smoke, there’s fire).

Separate the wheat from the chaff, And, where warranted, make improvements. Take a page from your crisis management book. That innocuous scoop on the “sucks” site could be a bomb fuse fizzing toward catastrophe. The last thing you want is for the CEO to stride into your office wondering why you didn’t inform him of it… and act on it.

When you encounter a site attacking your company, it stirs a welter of emotions: a chill of disbelief, a flare of indignation, a dash of nausea. (The last time you felt this way, you found graffiti with your name on it.) But after a moment, you realize: the situation calls for a tempered assessment, not rash retaliation.

Practice a little stress management. Close your eyes. Breath in. Imagine the site’s mastermind simmering in a kettle of Wesson oil… or warm waves sweeping a tropical beach. And ask yourself: “Can my company stand up to the scrutiny?” If not, you have bigger issues than a “sucks” site.

John Brien has an extensive marketing background encompassing marketing positions at Sears, Andersen Consulting, and Watson Wyatt Worldwide. He can be reached at jhn_brien@yahoo.com. 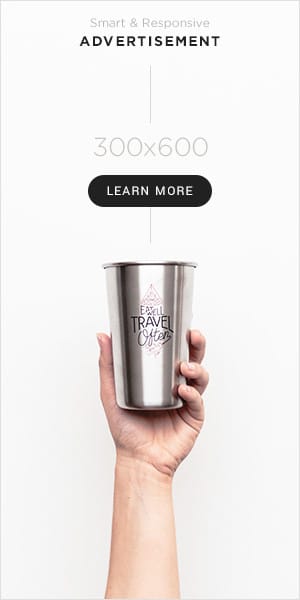 Most Search Engine Marketing is Measured Using the Wrong Metrics, Here’s How to Change That